Hello and welcome to the inaugural year of FCCC’s Alumni Association! In honor of its 25th anniversary, we are creating a network of former choristers who are driven to connect with each other, give back to the community, and help to shape and solidify the future of FCCC for the next 25 years and beyond.

Thinking back on my 9-year tenure in FCCC, I can distinctly remember how much I enjoyed being a part of the group. The music was inspiring and fun, the performances were more than memorable, and the friendships made were long-lasting.

Today I can see that my experiences in FCCC spanned much more than developing an appreciation of the performing arts; moreover, they helped me build a foundation of confidence, work ethic, and discipline which I have applied in my everyday life and professional career.

I am so proud to be able to tell people that I am a member of this organization , and I am even more excited to have the opportunity to give back in a tangible way and continue to contribute to the mission of FCCC.

I encourage all former members to sign up for the Alumni Association and become part of our growing community. As part of our fundraising initiative, we have an anonymous donor who is willing to match our first $500! Please know that any donation, no matter the size, is greatly appreciated and goes towards keeping the choir affordable for every child!

I am looking forward to connecting with you all and building this community together! 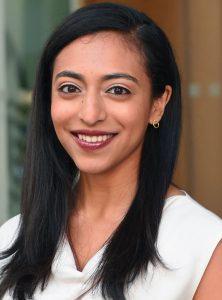 Rachel currently works at Paxos – a fintech startup based in New York that uses blockchain technology to mobilize assets. Prior to Paxos she spent three and half years at Promontory Financial Group – a boutique consulting firm specializing in regulatory advisory for global financial institutions. 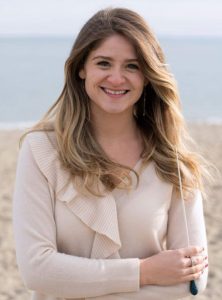 Ashley currently teaches K-5 General Music and Chorus at North Stratfield Elementary School in Fairfield, and also sings at St. Peter’s Church in Danbury as a section leader and cantor. She spent five years as a chorister in FCCC from 8th grade to 12th grade and this is her 6th year as a conductor J Wednesday’s are the highlight of her week! 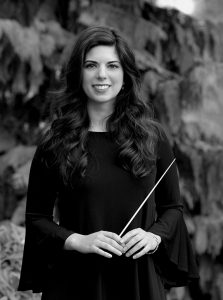 Jacqueline Sugrue is an elementary core music teacher and choral conductor in the Westport Public Schools.  She holds degrees from Columbia University (M.A. Music Education), The Hartt School (B.M. Music Education), and the Kodály Certification from BYU. Miss Sugrue performs as a soprano in the Connecticut Choral Artists (Concora), and sang with FCCC (where her love of choral singing began!) from 1999 to 2005.

FCCC Alumni In The News 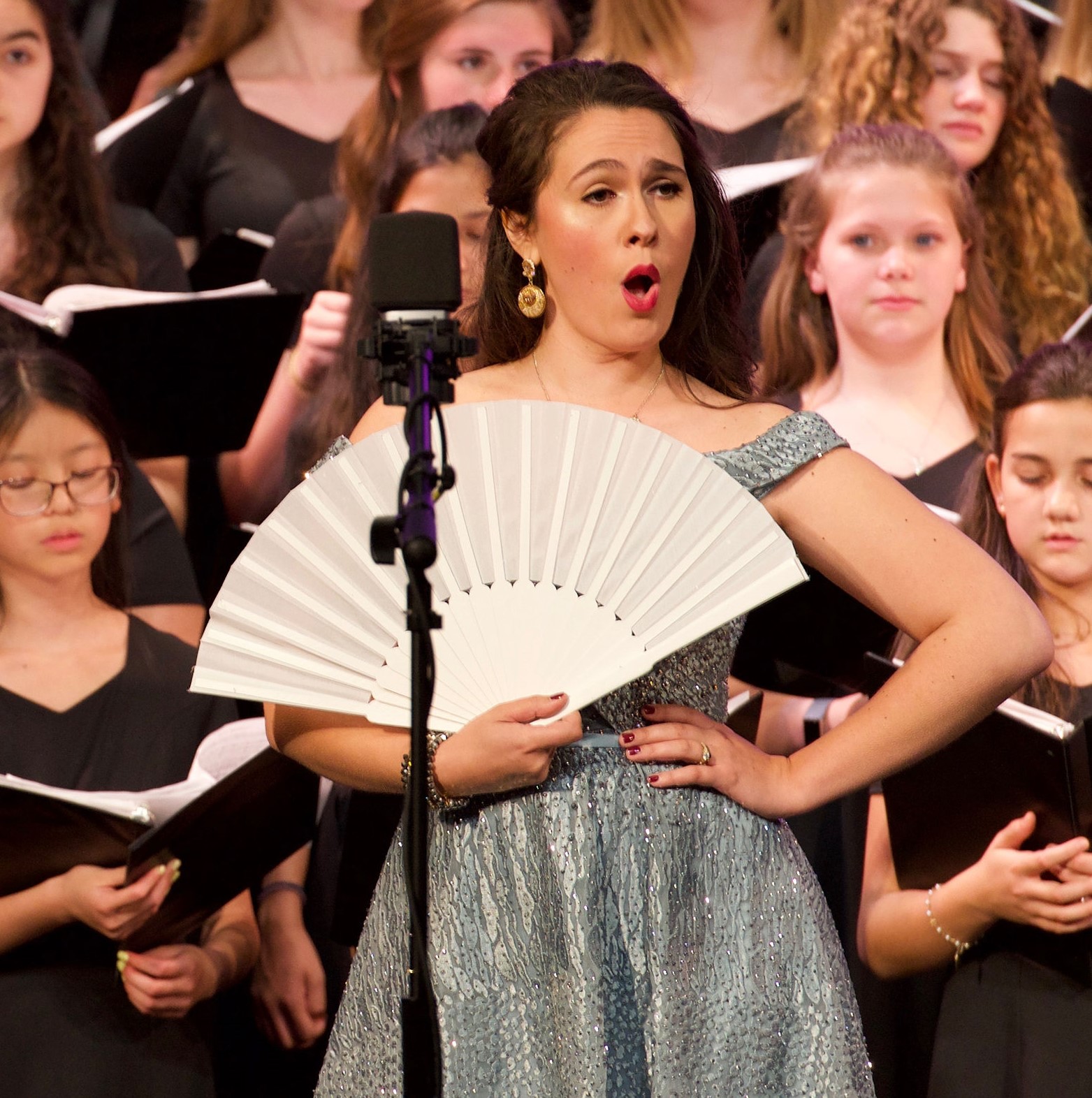 Katherine Fili is an FCCC alumna and a graduate from The University of Maryland’s Opera Studio, where she studied with Delores Ziegler and Linda Mabbs while earning a master’s degree in Operatic Performance. She completed her undergraduate studies at Carnegie Mellon University where she studied with Ms. Mildred Miller Posvar. Katherine spent the 2015 – 2016 Season as The Resident Studio Artist with The Florentine Opera Company in Milwaukee, WI and the 2018 – 2019 Season as the resident mezzo soprano with Toledo Opera.

She is currently based in Washington, DC where she has appeared with The In Series Opera Company and returned to The Maryland Opera Studio on several guest alumni contracts. She has also performed with The Connecticut Grand Opera and The Microscopic Opera Company. Other engagements include the Alto Soloist in the Beethoven Mass in C with the National Music Festival and singing the title role in “Carmen” with The UVAA Summer Opera Festival in 2019.

“From the bottom of my heart, I would love to thank you, Ms. Bettke and Roger Thulin for the incredible influence you have had on my life. I think of you all more than you know. I am a full-time singer in choruses, church choirs and opera companies. “I can’t tell you how influential the choir was on my life. 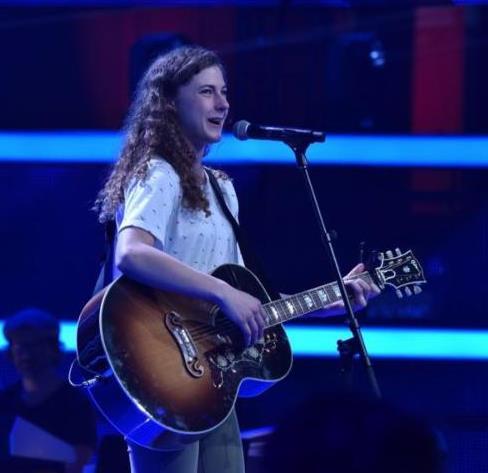 Lia Joham
Appearing on “The Voice”
in Germany

Lia Joham was a member of the Fairfield County Children’s Choir for seven years until her family moved to Germany when she was 16 years old. Now 21, big news was her debut on The Voice of Germany at the end of October, where Lia presented her rendition of Simon and Garfunkel’s Bridge Over Trouble Water for her blind audition. Even after hitting the buzzer and turning their chairs, the judges wanted to hear more and asked her to sing an impromptu second song. She sang Chandelier by Sia which was “even more impressive than the first song,” said Coach Mark Forster.

Lia is studying sound engineering in Austria at the Technical University of Graz. She is a member of an a cappella choir and earns a living as singer at local clubs and private events. Thanks to positive feedback, she decided to send in an audition tape to The Voice of Germany last December. Out of thousands, Lia was selected to be one of the 150 people to move on to the blind auditions. She belted out Bridge Over Troubled Water. “I love that song. I learned it in Fairfield County Children’s choir. This girl sang a solo and always did such a good job; I was in awe and I’ve loved that song ever since,” Lia said.

Click HERE to view a short clip of her performance

The four coaches are each famous in Germany in pop, rap, hip hop, rock, soul and classical music. During their critique, they were very complimentary saying……

Michael Patrick Kelly: “You have a very beautiful voice. You presented us with a very interesting interpretation of such an incredible song. And at 21 years old to give us so much depth. It was really nice. Thank you for this moment.”

Mark Forster: “I expected something completely different. It was so real and authentic for me. I thought it was somehow an earthy, forty-year old woman from San Francisco. You have a Ferrari voice and somehow you took me on a sightseeing drive. You were not just stepping on the gas, but you took me on a panoramic drive where I could not only enjoy the scenery, but also sit in a really cool Ferrari. I really enjoyed it.”

Michael Patrick Kelly: “I think she has the qualities of a finalist.”

Lia’s next challenge will be on “The Battles” where she will sing a duet with a fellow team member and the coaches will choose only one to head to the next round. 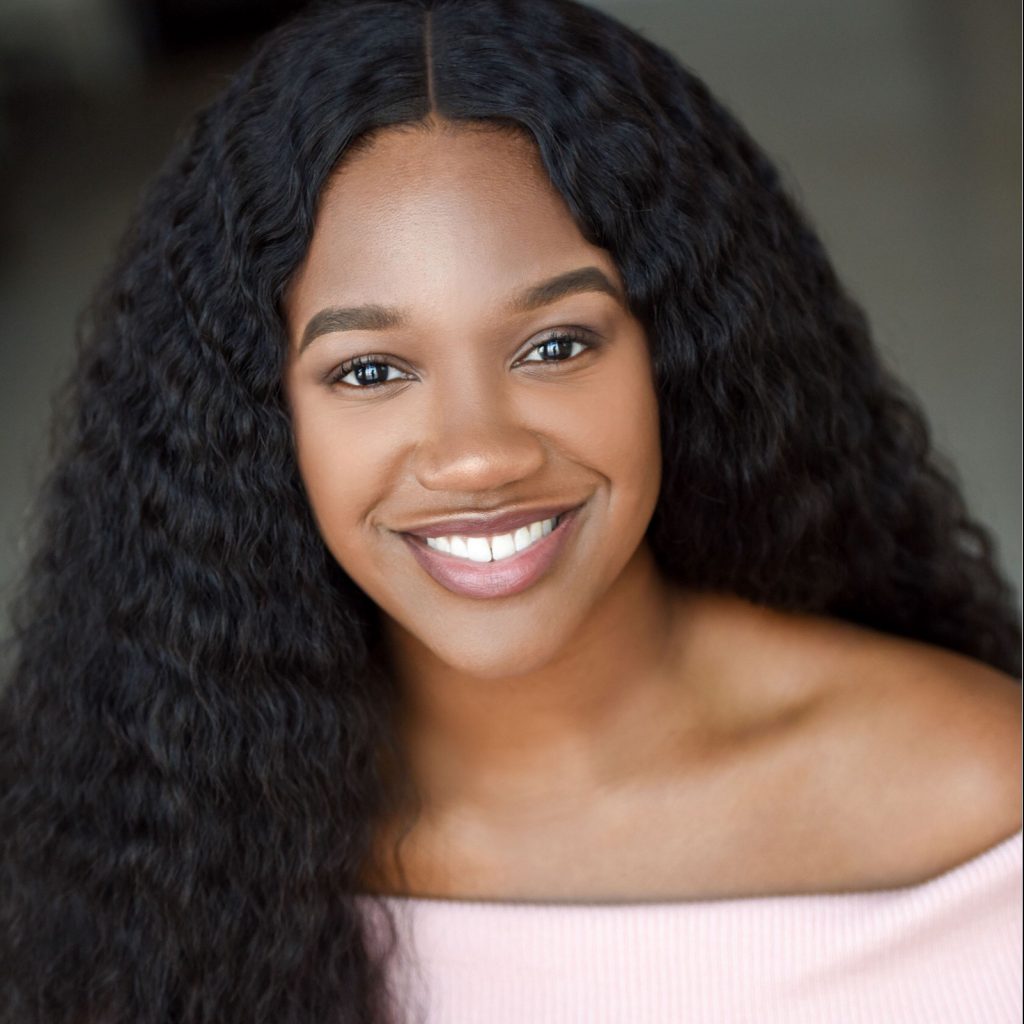 Former FCCC super star, Rajane Brown, has been starring in the Park Square Theatre production of Marie & Rosetta by George Brandt at the Minneapolis-based Playwrights’ Center. Soulful and spirited, this play with music tells the story of Sister Rosetta Tharpe, a 2018 inductee into the Rock ‘n’ Roll Hall of Fame. The story begins in a funeral parlor in Mississippi, as Rosetta (played by Jamecia Bennett) and her young protégé, Marie Knight (played by Rajane Katurah Brown), prepare for a tour that will establish them as a great musical duo. Local musical powerhouses, Bennett and Brown earned rave reviews in THE WIZ at Children’s Theatre Company. Check out this exciting link to the “trailer” for the show:  https://vimeo.com/303742105

A Minnesota Star Tribune feature entitled “Nine Twin Cities artists primed for greatness in 2019,” had this to say about Rajane: Fresh out of Spelman College, promising singer/actor Rajane Katurah Brown moved to the Twin Cities to be a performing apprentice at the Children’s Theatre. She did a year of shows there, including spelling Paris Bennett as Dorothy in “The Wiz.” But Brown really shone in 2018 next to Jamecia Bennett in “Marie and Rosetta,” teaming up with the multiple Grammy winner to deliver strong acting and beautiful music. In the upcoming year, Brown has been cast in Ten Thousand Things’ “Into the Woods” and “Cinderella” at CTC. She also got some good news over the holidays, news that will allay concerns about losing such a talent to New York or Chicago: The Children’s Theatre has signed her to a contract as a company member. Rohan Preston, theater critic